When you were little, all you could think about was how much you wanted to grow up, right? Because when you were older you could do cool stuff like have sleepovers and go to random parties and drive and have a job! It was SO COOL! Due to kids trying to grow up way too fast nowadays, a lot of people question what age group is considered to be a tween.

Are 7 year-olds considered tweens? “Tweens”, also known as Pre-Teens, are kids that are right at the small age gap before their teenage years. It is the stepping stone from childhood into teenage years. This gap is between the ages of 10 through 12 years old. Kids as young as even 7 years old are being mistaken for tweens because kids are simply trying to grow up too fast nowadays.

Your child starting to or trying to grow up is a scary thing. It always is! You just want them to stay little and adorable forever so you can cherish their innocence forever! But, that sadly isn’t realistic. Below I have listed some tips and explained some things that might help you to help your child understand that it is okay to be a kid and help you help them grow up when it is time.

Pre-adolescence is also known as being a Pre-Teen or a Tween. This is that awkward stage in life that no one likes talking about. We know. We have all been there too. During this stage of life you are trying to discover yourself and are waiting for the awful P word to set in. Yes. Puberty. The ultimate evil sign that you are growing up and you can’t go back.

Kids as young as 7 years old are being mistaken for being Pre-Adolescent because kids are starting to reach puberty at a younger and younger age. It’s crazy! Usually, they don’t hit this stage of life until they are about 10 to 12, so it is totally understandable why 7 year-olds can be mistaken for being tweens sometimes.

Another thing leading people to consider 7 year-olds tweens is that they are trying to do more adult things that usually only teens start doing. Things like wanting to start wearing makeup, wear more “teenage” clothes, and trying to be more mature than they are naturally on an intellectual level.

Kids don’t understand in today’s crazy world that it is okay to want to be a kid for as long as possible before you have to spend the rest of your life being a boring adult and being responsible. 7 year-olds are being mistaken for tweens because they are being pushed to grow up by society. Before you go on blaming yourself, though, hear me out. It isn’t necessarily how you are raising them that is doing this.

Kids are exposed to a lot of pop culture and media in today’s world. It is constantly surrounding them. When you walk through the grocery store, there are magazines talking about all kinds of adult stuff that are just plastered by every checkout stand. When driving in the car, there are adult ads on the radio or “adult” topic songs always. On the T.V. there is always content or commercials that gear towards adult or becoming an adult. At school kids even talk about pop culture!

Now, I am not bashing Disney Channel or saying media and magazines are the devil, because they aren’t.

Kids are information sponges. ESPECIALLY around this age! They are trying to discover themselves and what they can do to become whatever they want to be and as a result of this curiosity sometimes they are exposed to stuff that pushes them a little more to become an adult than they need to worry about.

This does not reflect on your parenting at all. It is bound to happen one way or another. It’s okay for them to try and figure out how to be a good and responsible adult. We just have to make sure that they know they can still be kids for the time they have left because they will be forced to be an adult for the rest of their lives.

When your kids are starting to go through this, no matter what age whether it is at 7 or even 12, make sure they know that it is okay to still be a kid and have fun before they have to grow up. Make sure they are responsible and understand the importance of hard work, responsibility, and independence, but let them play.

Let your kids run around the yard pretending they are mermaids or cowboys. Let them make an obstacle course or pillow forts to play in. Let them climb trees and play in the mud and get dirty because they can only do this for so long before they start having to grow up.

Like I mentioned earlier, a tween is often at the age of hitting puberty. Sometimes kids get it earlier than the “tween” years too. Either way, it is a fact of life that you are going to have to help them through. And I know. It is the absolute last thing you want them to do because that means they are actually growing up. It’s scary how fast it happens too. But, this is why I am here! To help you out a bit and give you some tips on how to get through it.

Kids start hitting puberty around age 9 even as far as 18. It is a crazy age gap, I know, but simply depends on genetics and whether or not your family members were “late bloomers” or not.

At this stage, without going into too much detail, these tweens and teens start to develop their secondary sex characteristics. Girls usually start getting their periods around age 9 and guys usually start hitting puberty around age 11.

They will start getting moody, mouthy, “independent”, smelly, and they will “know everything” and “whatever” often becomes their favorite word. Beware! They can be a handful, but aren’t all that bad. They just have to know their boundaries and that you are still on their side.

What Should I Expect?

The tween years are similar to those of the general “puberty” age. It can be very stressful for both the tween and the parents. Some 7 year-olds can even start showing traits of the general “tween” stage depending on how mature or intellectually developed they are, so pay attention! Below I will add a list of traits that often come with this stage of life to be aware of that are perfectly normal.

These are just some of the many traits tweens, and even teens, usually have. Just know that it is completely normal for your child to be going through all of this. For the most part, you have to let them go through this path of self-discovery on their own, making sure they are not making bad decisions of course, but make sure they are aware that you are by their side through it all.

Along with these monumental and life changing traits comes all the struggles brought on by this self-discovery path in this age group.

Struggles to Be Aware of:

Now, I couldn’t list all of the many things your child could struggle with (That might take DAYS!) but don’t be too alarmed. Like I keep saying, as long as your child isn’t exhibiting bad behavior, just make sure they know you are there to help them through it all and let them figure some of their problems out. If you solve all of their problems for them then they learn nothing and will struggle to solve their own problems in the future.

Just be present and aware of what is going on in their lives. Let your kid run around with their friends sometimes. Make sure they are doing decent in school. Ensure that they are in a good social environment and not in harm’s way. You can’t control every aspect of their lives and keep them in a bubble, but just be there to help pick them back up when they fall.

These crazy developmental traits and struggles can come as early as your poor 7 year-old’s stage even though they aren’t a tween yet. So just make sure you have your boundaries set of right and wrong and are there to help them when needed. They will appreciate it in the long run.

Good luck with your future tween! It will be a wild ride, but with the right help, your kid will turn out great!

What should I do if my 7 year-old is trying to wear makeup too early? This is ultimately up to the parent, but I would tell them they have to wait till they are older because they are too pretty to wear makeup or something similar. Maybe even tell them that makeup is for old people. Whatever you feel is best. You don’t want them to feel forced to be a child, but you want them to be aware that it is okay to be a child for a little while longer and they don’t have to try growing up too soon. 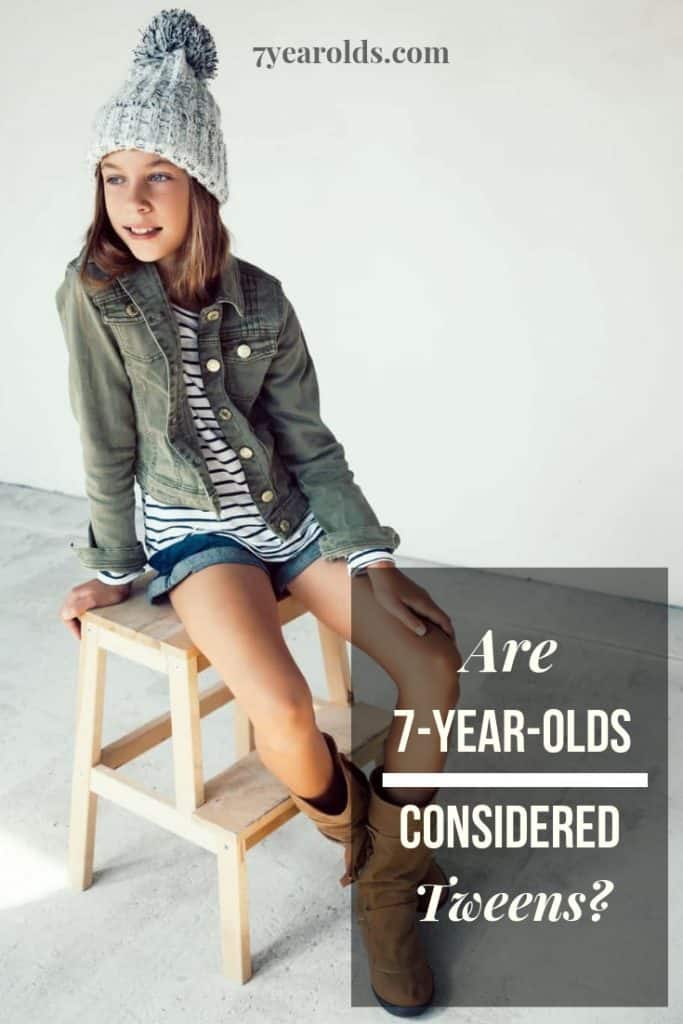