Chess, the game of many generations. For hundreds of years, endless numbers of individuals have pondered and strategized over this self-incentive filled game. While many believe that chess is a hard game to understand, those who do play always have the aim to train and compete with others, including their own children.

You may fall into this latter category, so how do you teach your seven-year-old how to play chess? The key is to teach them the basic roles and movements of each piece. The pawns, bishops, rooks, knights, king, and queen all have independent allowed moves, and this knowledge is the foundation for understanding the strategy of the game.

Chess has been known as the game of champions; the skill of chess play is a very wonderful one to have in today’s society. Beginning to be seen as a dying art, chess more than ever needs to be played and taught. Continue reading to find out how to teach and in extent play this timeless game.

With so many different pieces, placements, terms, and meanings, it can be difficult to settle on where to begin teaching. I have laid out the four basic foundational instructions that will help you to best instruct your seven-year-old in the art of chess-play

They use their pieces to their advantage in a strategic way to try to end the game by putting the opponent’s King in checkmate. Along the way, you can decrease your opponent’s chances of defeating you by using your own pieces strategically in order to remove theirs from the board.

Identify the Board and Its Characteristics

The chess board is a square board that is made up of sixty-four alternating dark and light squares. (Also note that this same board can be used in playing the game of checkers.)

Also, accordingly, the chess pieces are placed on this board in order to keep track of the game and the moves made. In order to set the board up to play the game, make sure that the bottom right square of your board on both sides is white.

When setting your pieces up for a chess game, be aware that you will be using every single square in the first two rows of the board.

After these six pieces are placed you will set your queen on the square with that piece’s matching color, then your King next to your Queen.

In front of these, you will place all your pawns. At the completion of this, you will have a complete chess board ready to play on.

In each game of chess you have the following pieces:

The pawn can only move straight in any direction unless to take another piece. In this case, it may move diagonally to the immediate diagonal piece it aims to take.

The pawn can only move one square at a time except in the case of it moving two spaces forward from its first spot on the board in its first use.

This is a player’s choice whether to move the pawn one or two places forward when first using that individual pawn.

After a pawn is moved the first time it no longer has the option to move more than one space forward.

The rooks, also known as castles, can only move in two directions. These directions are either horizontal or vertical. These pieces can move however far in any direction they would like as long as the path is clear.

They may choose to move that piece again or use a different piece. In another situation, if your own piece is blocking the way, you can only go as far as the square before that piece.

You cannot move further unless that piece in your way is moved or taken.

The knights, also called horses, move in an “L” shape.

This means that it can move three squares in any direction except diagonally and one square to the left or right or up and down depending on which way you traveled the three squares.

You can take an opponent’s piece if it lies on the final destination square of the “L”.

The bishops are known for their ability to move diagonally in any direction. Their rules are the same as the rook or castle’s directional moves.

The Bishops as well as the rook/castles are wonderful for either moving in or retreating quickly and far away across the board.

The Queen is the most powerful piece in the game. The queen can move in any direction and any distance with a clear path.

This makes the queen a power piece, and the most dangerous in the game. The Queen is the most known piece to put a King in checkmate, so take note and beware.

It should also be noted to beginning players that if your Queen is taken it is the only piece that can be regained.

You can regain your queen by managing to get a pawn of your own across the board onto a square at the opposite side of the board.

Once this is achieved your pawn is removed and replaced with your queen which you are free to use once again.

The King is a piece you either want to protect or to destroy. If it is your King you want to guard it at every moment so as not to be put in checkmate by your opponent.

You want to destroy you opponent’s King by putting it in checkmate and winning the game.

You put your opponent’s king in checkmate by using your pieces to “corner” their King and by depriving it of any option to move or to use any of their pieces to defend their king.

When no move is possible, you may declare “checkmate” and win the game.

Expand on the Rules

There are endless amounts of rules in the game of chess. The most important things to explain when beginning are the rules of the game, the board, and the pieces.

As your seven-year-old becomes more familiar and adept at basic play, you can then be able to move on to more intermediate and hard concepts and rules of the game such as…

Chess as said previously is the game of generations, it is lifelong and lasting. It offers great moments of pondering and concentration. It is a great game to expand the mind.

The concepts learned in chess gameplay can be applied in any situation and the results will be extremely beneficial in everyday life.

When should I teach my child chess? In terms of age, the best time to teach your child chess is during the ages of five and fourteen. Always remember that chess is a timeless game and can be taught at any age generally after five years old.

Good times to play the game and to teach it are often on holidays around family or on quiet nights. Any time in a moment of rest or purpose of intent to play is a great time to start a game and teach.

How old is the game of chess? The game of chess has been traced back nearly fifteen hundred years! The game is believed to have originated from the country of India sometime before the seventh century A.D. Most studies say that chess is derived from an Indian game called Chaturanga.

What is a grandmaster in chess? A grandmaster is a title given to a chess player by the world chess organization (FIDE). Other than receiving the title of world champion, the title grandmaster is the highest title one can attain in the chess world. 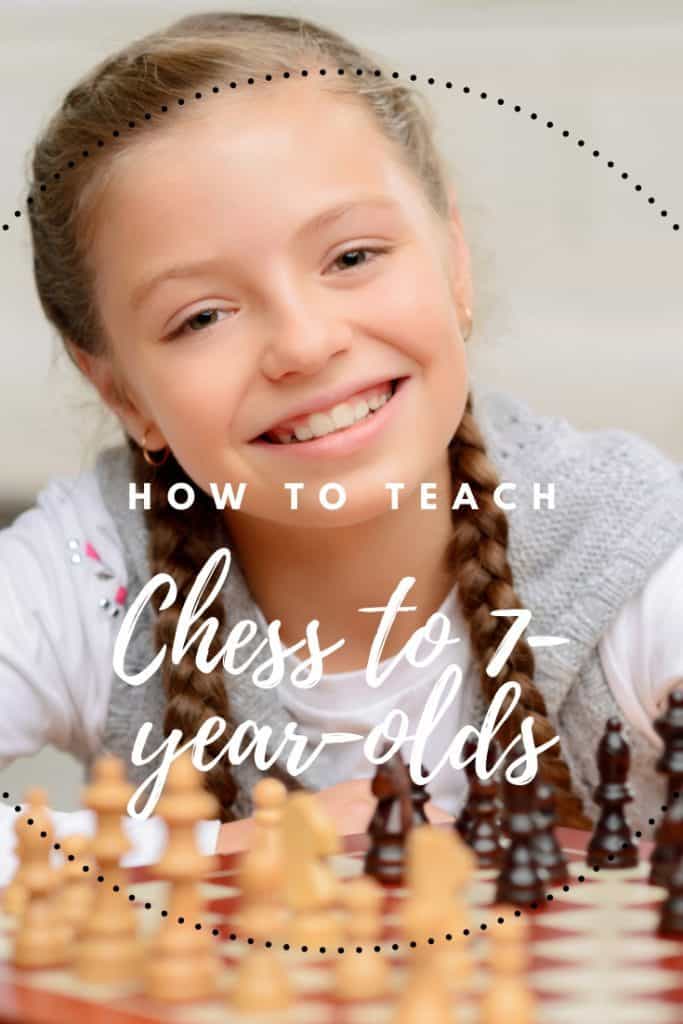